A guest blog by innovation and marketing expert, Giles Atwell 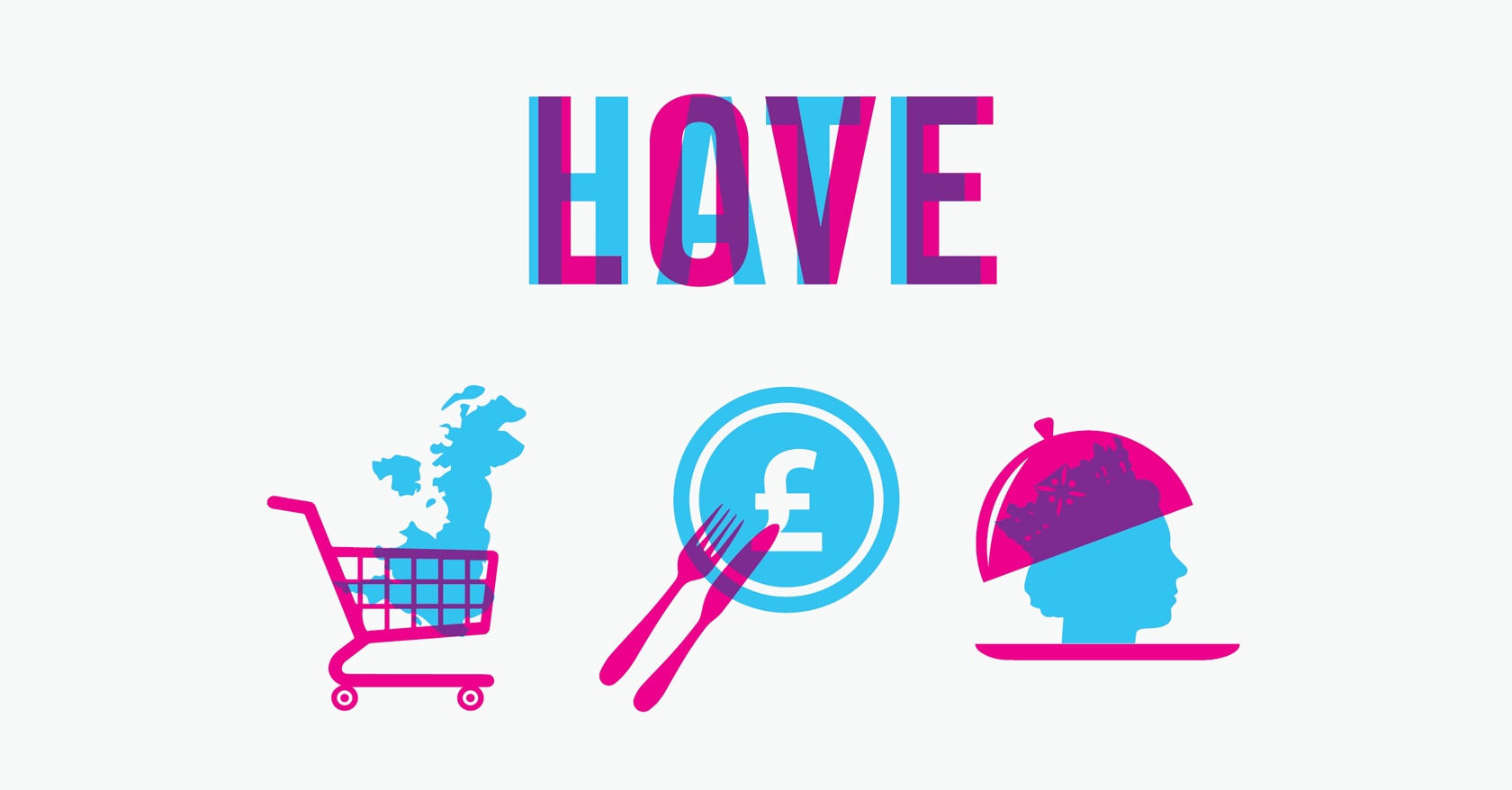 Brexit means Brexit, but what does it mean for British food?

“[Eating is not just an agricultural act] It is also an ecological act, and a political act, too… To eat with a fuller consciousness of all that is at stake might sound like a burden, but in practice few things in life can afford quite as much satisfaction.”
Michael Pollan, The Omnivore’s Dilemma: A Natural History of Four Meals

Since the Brexit vote of 23 June, the press has served us a diet of cascading bond yields, frozen property funds and sliding sterling: a daunting menu, beyond the comprehension of most consumers. But in these times of change, I wanted to reflect on a more palatable subject. One that is a little closer to home for us all – food.

Seventy-five years ago Britain faced another crisis, finding itself isolated as an island nation while battle raged across Europe. Prior to the Second World War, the country imported two thirds of its food by sea, approximately 55 million tons a year. But by 1940 the threat posed by German U-Boats, which succeeded in sinking 728,000 tons of produce that year, had reduced imports of food to just 12 million tons. Britain was forced to retool its whole food supply and re-educate its population.

Though Brexit doesn’t pose such a dire and direct threat, Britain still imports over half its food and so remains vulnerable to the vagaries of international trade. Given the Brexit news, this situation is unlikely to improve. A recent study by the National Farmers Union predicted that by the mid-2040s, the country would only be able to produce enough food to feed 53% of its population.[1]

The famous patriotic posters of WW2 told Britain to ‘Dig for Victory!’, ‘Don’t Waste Food’ and ‘Doctor Carrot’ will guard your health.[2] As we consider our next steps in the Brexit flux, maybe there are lessons for action here on how we source and consume our food. Lessons that could help not only improve our own health but also that of the British food industry as a whole.

I’m not advocating the kind of control Lord Woolton, Minister of Food during WW2, had. He had free reign to create and issue ration books whilst managing the UK’s food supply; “making him the envy of nutritionists, dieticians, and indeed anyone interested in the health of the nation, before or since.”[3]  But, we could use these economically challenged times of change to improve in three areas:

The economy is already softening and there is a very real chance we will go into recession. There is a horrible disconnect between the estimated 3 million people in the UK thought to be living with malnutrition or at risk because they do not eat enough, and the 1.9 million tons of food waste the UK is estimated to have created in 2014-15 alone.[4]

In this respect, the Grocer’s “Waste not want not” campaign to reduce food waste is laudable, as are Asda’s £3.50 wonky veg boxes, Waitrose’s policy to ensure none of its food goes to landfill, and the cooperation of many supermarkets with food banks.[5]

Manufacturers too have a responsibility to sensibly apply ‘best before’ dates and consumers need to make better judgements on both the quantity purchased vs eaten, as well as when a food in the fridge is genuinely ‘past it’.

A concerted effort by all parties could drastically reduce the nation’s food and financial waste, but it will take both coordination and education.

The weakened pound and a general desire for all of us to support the country in our new ‘solo’ quest represents a golden opportunity to celebrate British-grown food and boost our nation’s self-sufficiency whilst reducing our food-miles.

This need not be akin to the somewhat masochistic support my father gave in the 1970s to our failing motor industry by buying a succession of Triumphs & Rovers that simply fell-apart. We have our own delicious cheeses, seasonal fruit, meat, and vegetables together with an explosion of alternative British food & drink brands (think Dorset Cereals, Charlie Bigham’s pies and Fever Tree drinks) that deserve to be more locally and widely consumed as well as exported to our neighbours, near and far.

Food that is produced in Britain should shout it loud(er) and producers should strive to collaborate to create more of the ‘Protected Designation of Origin’ – PDO or ‘Protected Geographical Indication’ – PGI that the EU had previously helped us to sustain.

Clearly buying British will not only keep the money in Britain but may even help insulate British consumers from potential future trade tariffs and a continued weak pound.

A 2015 study by the ONS (Office for National Statistics), showed that of the £530 the average UK household spends each week, 20% goes on food & drink (including eating out, alcohol and tobacco). While much of the other 80% of the spend (from gas bills to holidays) has a physical impact on us (breathed in as fumes from transport or felt as fibres on the skin), the food budget physically enters our bodies.

In the age of convenience and fast-food, I think we have a lot to learn from our continental neighbours. The perennially slender French take meals very seriously, spending more time eating than their fellow Europeans; two hours, 22 minutes per day in 2010, 13 minutes longer than in 1986. French meals are also treated as a shared experience, with 80% eaten with others.[6]

In contrast, the NHS spends £6 billion a year on diet-related diseases. Britain is “…sleepwalking into a major health crisis because of poor diets among young children” according to a coalition of restaurateurs, food manufacturers and medical experts.[7] The change needs to start with children, as food habits are formed in childhood and a child’s weight and diet has a big impact on their adult health outcomes. This is a cause already gaining momentum thanks to celebrities like Jamie Oliver and his ‘Food Revolution’, but it needs concerted backing and funding to roll it out across the country and to save future generations from a lifetime of poor eating habits and diet-related disease.

Times are very different to the crisis felt during WW2 when only about 2% of households owned a fridge and the country was under a real siege. However, the next few weeks, months and years could see us under a ‘virtual’ siege of pressure to sign the infamous Article 50 and formally sever links with the EU. I personally struggle to see a lot of positive from these turbulent and uncertain times ahead, but if we become prouder to buy and responsibly consume quality British food, well, maybe there’s a little silver lining after all. 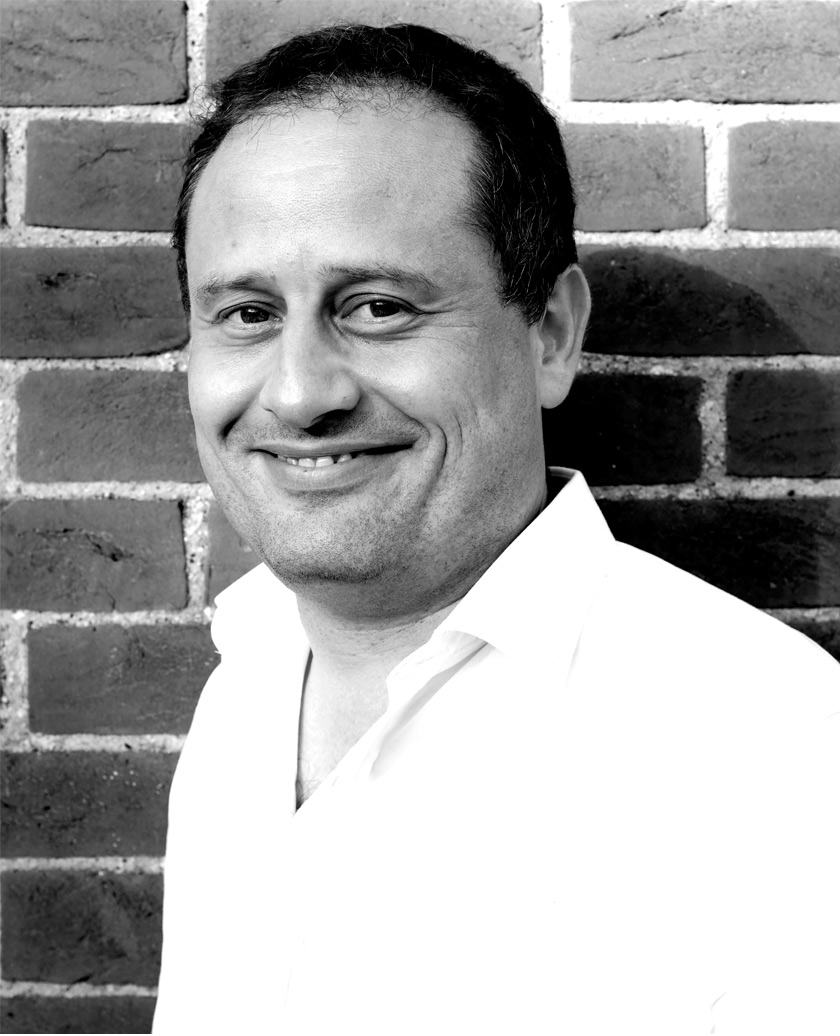 Giles Atwell started his career as a graduate trainee with Unilever in 1996 and moved to Cadbury in 2002. He has led commercial, innovation and marketing teams in Australia, Brazil, Singapore and the UK.  His most recent successes include Cadbury/Milka Bitesize rollout, two years of double-digit growth in Brazil and Halls Candy global turnaround.

Having lived on 4 continents over the past decade, Giles’ children were becoming a little too well travelled. And so at the end of 2015, he and his family decided to return to the UK and their home in Oxford. He left Mondelez in June and is looking forward to the next UK-based challenge.

When not working, Giles is a keen tennis player, amateur photographer, whisky and wine enthusiast. 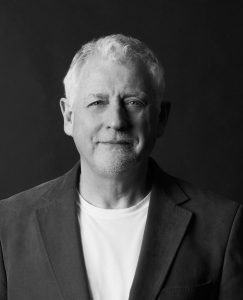 With today’s business pressures, we’re so busy dealing with what’s in front of us, that we rarely get a chance to talk about wider matters. This is particularly true of our clients and friends of WMH. They’re a fascinating lot, but we only dig deeper with them when we are socialising or having one of our sporadic events. A lunch with Giles Atwell, during which he spoke about food with such conviction, led to a request for him to write our first guest blog. We’re hoping it will become a regular event on our site. Giles was the kind of client we warm to. During his time on Cadbury’s at Mondelez, he was brave to appoint us to a significant innovation project and we loved working with him and have always stayed in touch. He knows the food industry inside out and we’re flattered he’s written for us.

1. “UK will need to import over half of its food within a generation, farmers warn” – the Guardian (24th Feb 2015)
2. “Dig! Dig! Dig! for Victory” – http://www.homesweethomefront.co.uk (23rd July 2011)
3. Source: “Eggs or Anarchy: The remarkable story of the man tasked with the impossible: to feed a nation at war” by William Sitwell – http://www.simonandschuster.co.uk/
4. “Malnutrition: it’s time the UK public recognised it as a problem we face” – the Guardian (17th March 2014)
5. “Waste Not Want Not: major new Grocer campaign to fight food waste” –  The Grocer (20th May 2016)
6. “France remains faithful to food as meals continue to be a collective affair” – the Guardian (4th April 2014)
7. “Failure to teach children about food ‘threatens major health crisis'” – The Telegraph (6th February 2013)