Sir Alan Parker, the acclaimed British director of such films as Fame, Evita and Bugsy Malone, has died aged 76. He coached Garrick Hamm through his development as a filmmaker. Here Garrick remembers his friend and mentor. 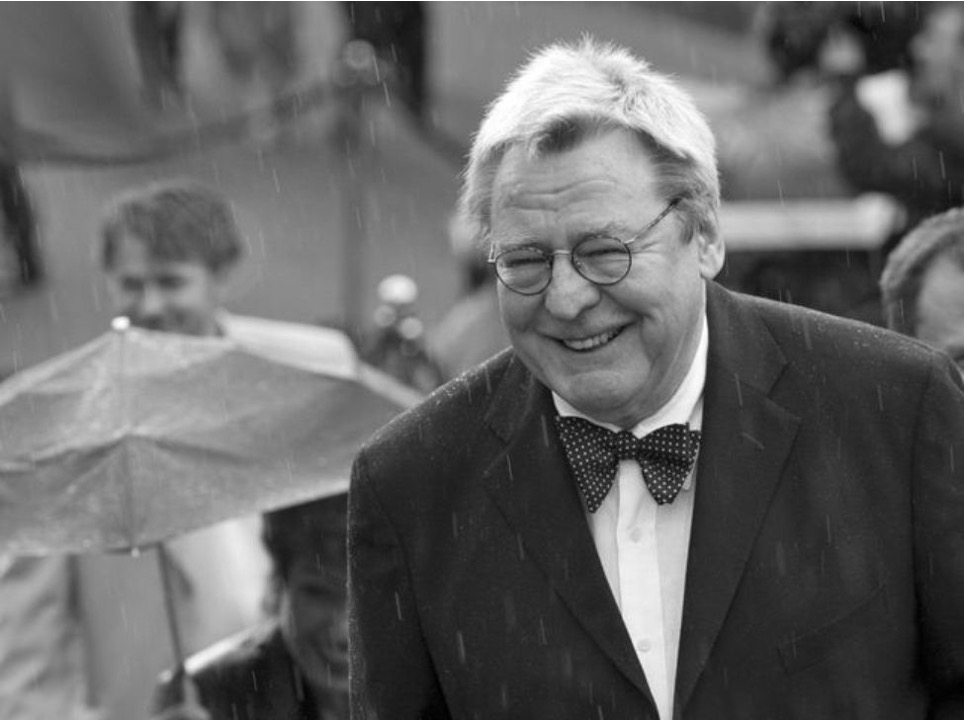 Alan Parker passed away last Friday. It has taken me a few days to process it. Even though I knew he was ill, it’s still a shock. Like so many, I’ve grown up watching ‘Fame’, ‘Mississippi Burning’, ‘Midnight Express’ and all the rest.

At my inaugural D&AD President’s dinner I wangled the seat next to him. He was there as an ex-President and was my hero, so why not? I hadn’t realised that I would have to do my maiden speech right in front of him. Not such a clever idea. I was quaking.

In spite of feeling like a complete novice performing in front of a great master, he was funny, charming and for the rest of the evening allowed me to bombard him with film related questions.

We continued the conversation weeks later over lunch, which would go on to be an annual thing. Lunch with Sir Alan (he didn’t really use the title, so I insisted on giving it a regular airing) was like Christmas come early for me. Always long and liquid, I got the inside line on how he made his movies, how he directed iconic scenes and, importantly, how he worked with actors.

Away from the lunch table, he was incredibly generous with his time and would often give me advice on my own films. He helped me choose actors and, when I struggled to decide on a Director of Photography, he introduced me to the brilliant cinematographer Michael Seresin, who went on to collaborate on two of my films. He wouldn’t have picked up the phone had Sir Alan not had a word first.

Alan would come to my edits, (what I was thinking, inviting the legendary Alan Parker to one of my rough edits, for goodness sake?). While I chewed my fingernails, he made suggestions, told me what I’d got right and, more importantly, where I could improve it. ‘If you want that music to work, you need silence before it’. I went on to send him new scripts I was working on and he’d give me notes and even wrote dialogue, but I won’t reveal which ones.

When I made a less successful film, we had lunch and I asked him what he thought, always a gulp moment. He said “Well, you shot the script, but I did tell you it wasn’t a very good script”. Thankfully, he then reassured me about what I was good at and told me stick to it and trust my intuition.

People might not recognise his name so much today, but look at his film catalogue. It’s classic after classic after classic. He didn’t have a style, it was what was right for the story. He told visceral stories, shot beautifully, with a strong use of music. Just look at the opening scene of ‘Mississippi Burning’, it’s pure cinema.

People say he was tough to work with and he probably was. You don’t get to be a visionary director with 18 Oscar nominations with ‘OK, never mind it didn’t work out. Let’s get off to the pub’.

I will always cherish our lunches. The last one was cancelled because he wasn’t up to it and I wish now that I had been able to thank him for the inspiration he gave hundreds of would-be directors and, most of all, for the invaluable help and support he gave me.

Thank you and goodbye Sir Alan.