Renowned designer Glenn Tutssel died very recently. He was a longtime friend of our founder Richard Williams – they were at college together at the turn on the 1970s. He was also the man who gave Garrick Hamm his break in the design industry. Garrick has penned this tribute to his friend and mentor.

“I sat in a swanky white reception, my head spinning, looking at the wonderful work displayed in its glass cabinets, waiting for the Group Creative Director Glenn Tutssel. The door blew open and in scuttled a man in a dog tooth jacket with an old orange Sainsbury’s bag and a big smile.

I was instantly put at ease, (especially by the bag, I had one of those). He flicked through my folio, pointed out one project that he wasn’t impressed with and then looked up and offered me a job. I had only come for work experience but tripped out walking on air. It is a feeling only equalled when I become a father for the first time. Glenn gave me my big break and it would change my life. 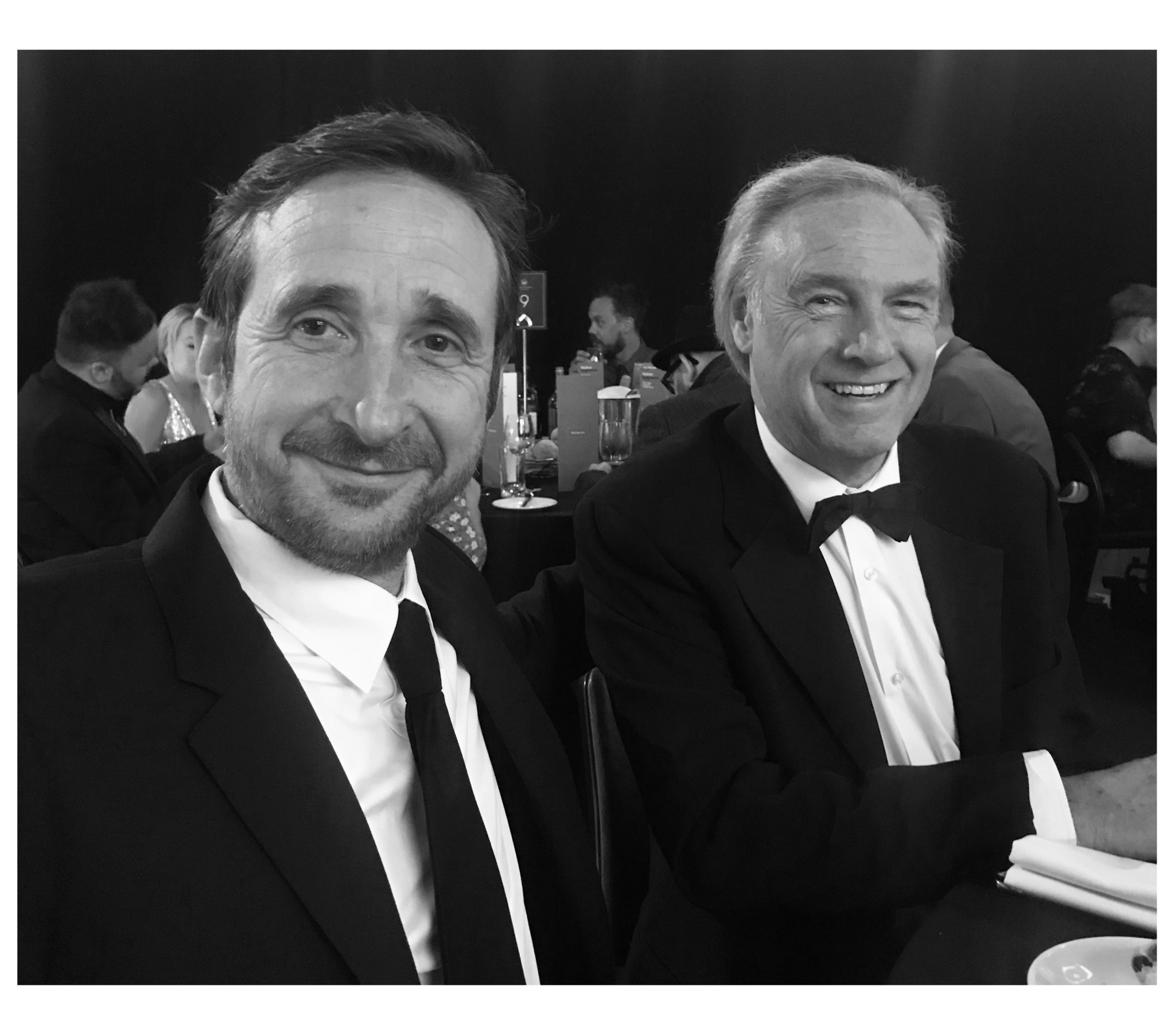 But let’s get things straight, it was no sleigh ride. Glenn was old school. A black belt from Barry, not an easy boss, he was driven to be the best and you had to join him, or it didn’t end well.

When reviewing work, Glenn would breeze in, in a hurry, probably straight from the BBC or a British Airways meeting. He always used the same opening line, ‘Just show me the one’. As a junior, frankly, I never knew. I had loads of half-baked ideas, scribbles at best, but he would pull something out that he’d spotted and set me on my way.

That’s what Glenn did and he was the very best at it – spotting ideas and crafting them.

I remember one Friday, frustrated with my junior wishy-washy behaviour on a project, (no I didn’t have ‘The One’) he pulled me aside and said, ‘You have this project to prove yourself. If you don’t crack it, you’re fired’. As I said, he wasn’t a man to mess with.

That afternoon he could see I was drowning and sidled up to me. I thought I was doomed, instead he said gently ‘Come to my house on Sunday’ and handed me his address. Sunday arrived and we worked on the project in his studio. Me the understudy, Glenn the master, turning a pig’s ear into a silk purse and then he took me to the pub for a couple of pints of Bass. ‘Always a brace Garrick, you can never have just one’. Then the penny dropped. This was the Glenn all over, a serious taskmaster, dedicated and driven, but deep down a man with a huge heart. He was a family man, who worked and played hard, but hell, made sure you did the work first.

He taught me how to craft a design and how to come at ideas from a new perspective, it’s something I’ve been using for the last 20 years at WMH – big ideas, beautifully executed…well we try. Glenn did this for countless young designers. He has influenced and nurtured so many new agencies and designers and created plenty of lifelong friendships along the way. Goodness, he even introduced me to my wife…

You can judge a true creative by what they do after they’ve done the big agency jobs, when the money’s safely in the bank. Well, Glenn continued to design and sculpt. He was a man in love with his craft, (along with his amazingly supportive wife Jane and family) producing beautiful work right up to the week of his death. He continued to support me and WMH’s work and it was he who pulled together a wonderful book to remember the late Richard Murray.

He will be deeply missed”

Garrick was a design junior with Glenn for 4 years at Michael Peters & Partners, and then designer at Tutssel’s for another 5 years, where he met his wife Polly, before starting WMH.