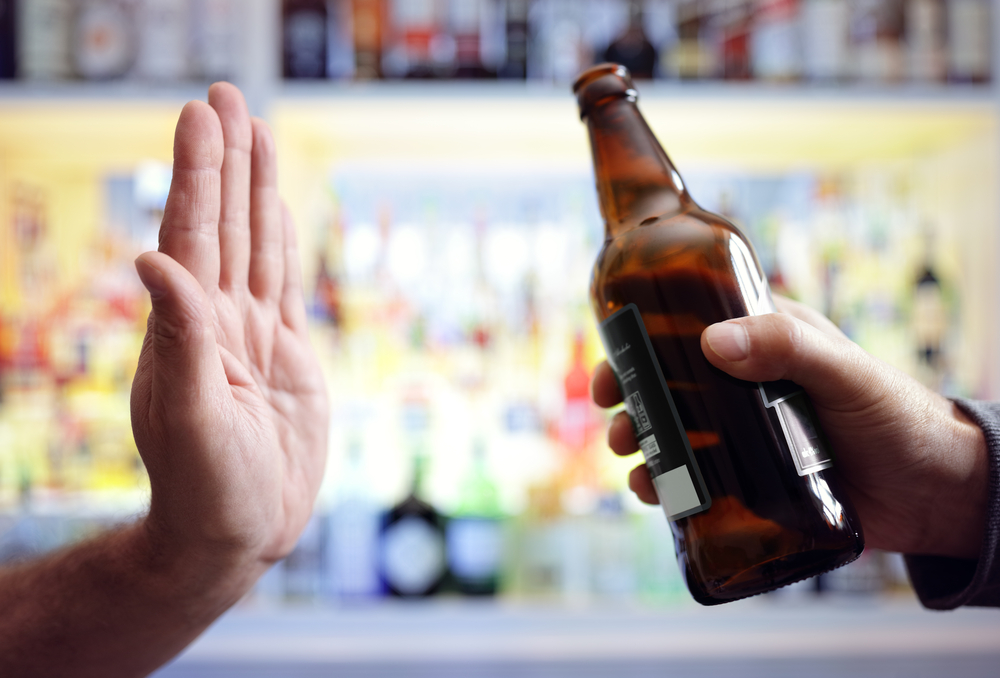 Dry January is no longer about just recovering from excess. It’s a complete behavioural shift from millennials, often lasting more than four weeks. Williams Murray Hamm’s Wybe Magermans looks at the implications of this generational change mean for alcohol brands?

Brexit woes, Trump troubles, gilets jaunes, Putin’s plots and global warming – the state of world politics could easily drive us to drink, but instead it seems we are consuming less alcohol than ever before.

Dry January is becoming a positive start to the New Year rather than a way to punish ourselves for festive excess, and abstinence is now mainstream among millennials, with 29% claiming to be non-drinkers, according to the British Medical Council.

But just because we are drinking less doesn’t mean we enjoy alcohol any less: we are indulging more sparingly but more mindfully, drawn to brands that create superior products, even if they cost a bit more.

Consumers are making a conscious decision to drink less, but at the same time, they are willing to pay more for premium drinks. The message for marketers is clear: go for quality over quantity, and be bold when creating new products in response to this trend.

For a lot of brands, the knee-jerk reaction is to make alcohol “less bad” by reducing alcohol or sugar content, but the more innovative companies are making it “more good” by delivering positive benefits for drinkers.

Brands for the conscious drinker

The conscious drinkers are turning to brands like California based Boochcraft – a “hard kombucha”, which claims to provide “The happiest buzz on earth,” thanks to its organic, gluten-free, fair trade drinks that contain (along with the alcohol) probiotics, vitamins and minerals.

Consumers who are willing to pay more turn to premium brands like Chase Distillery, created by Will Chase, the founder of Tyrrell’s Crisps. Working from his Herefordshire farm, he makes vodka and gin using apples and potatoes that go direct “From farm to bottle.”

Likewise, Mesh & Bone in Chicago has had success crafting its own premium versions of niche drinks from around the world, including Mexico’s Sotol, which is made from a plant that takes 15 years to mature.

These premium products, which we glug less and appreciate more, are invariably made by ambitious entrepreneurs, often with minimal experience. Consumers are losing faith in big corporations, which appear to lack heart and purpose, and instead seek out local, independent alternatives.

The rise of global cynicism about the multinationals means that consumers are likely to reject efforts by mainstream brands to tap into the artisanal trend. They are willing to pay extra, but in return they want more than Diageo’s spin on premiumisation: Jack Daniel’s Gentleman Jack does nothing more than put a gloss on a mass-market brand, and is not going to cut it when Mesh & Bone are waiting 15 years for one botanical to reach maturity.

Giants like Diageo could learn from innovators like Chase Distilleries and Mesh & Bone, which are taking a new approach to specialist alcohols by creating a brand that works horizontally across categories instead of just layering on verticals to extend the brand into premium territory.

The trend towards more restrained alcohol consumption isn’t just about premiumisation and health. It’s also – let’s face it – about financial insecurity. The demise of chain restaurants, a poor Christmas for retailers, and the job cuts at Land Rover and Ford are all recent indicators of a shaky UK economy that is driving people to stay at home instead of splurging on big nights out.

Staying in is not about compromising on the experience, however, which is another reason why premium alcohol is growing in popularity. According to Nielsen, the value of off-trade alcohol sales grew 4.6 per cent last year, while the volume of alcohol sales remained flat, showing that the growth is coming from people who are willing to pay more for their booze.

Successful brands are celebrating and elevating the night in, making it even better than going out.

Wahaca has an “At Home” range to recreate the restaurant experience in your own kitchen, following a trend pioneered by the many recipe boxes vying for our custom, and alcohol is following suit, with premium offerings to help wash down the gourmet, home-prepared food.

Cocktail-making kits – containing artisanal ingredients and bespoke tools for home mixologists – can be delivered to your door courtesy of And Pour, Tipple Box and The Cocktail Man. Meanwhile, Marks & Spencer has embraced “staying in” with its Instagrammable “Colour It” gin range, created in partnership with The Old Curiosity Distillery, which changes colour when tonic is added

Consumer trends are moving towards this kind of “less is more” approach to many aspects of our lives – including plastics and fast fashion as well as alcohol – as waste and excess become distasteful.

For alcohol, whether inspired by health and wellness, cost-consciousness, global cynicism, or millennial peer pressure, the trend for cutting back is manifested in more mindful consumption that allows you to enjoy a drink with less of the angst – and potentially less of a hangover too.

As published on WARC