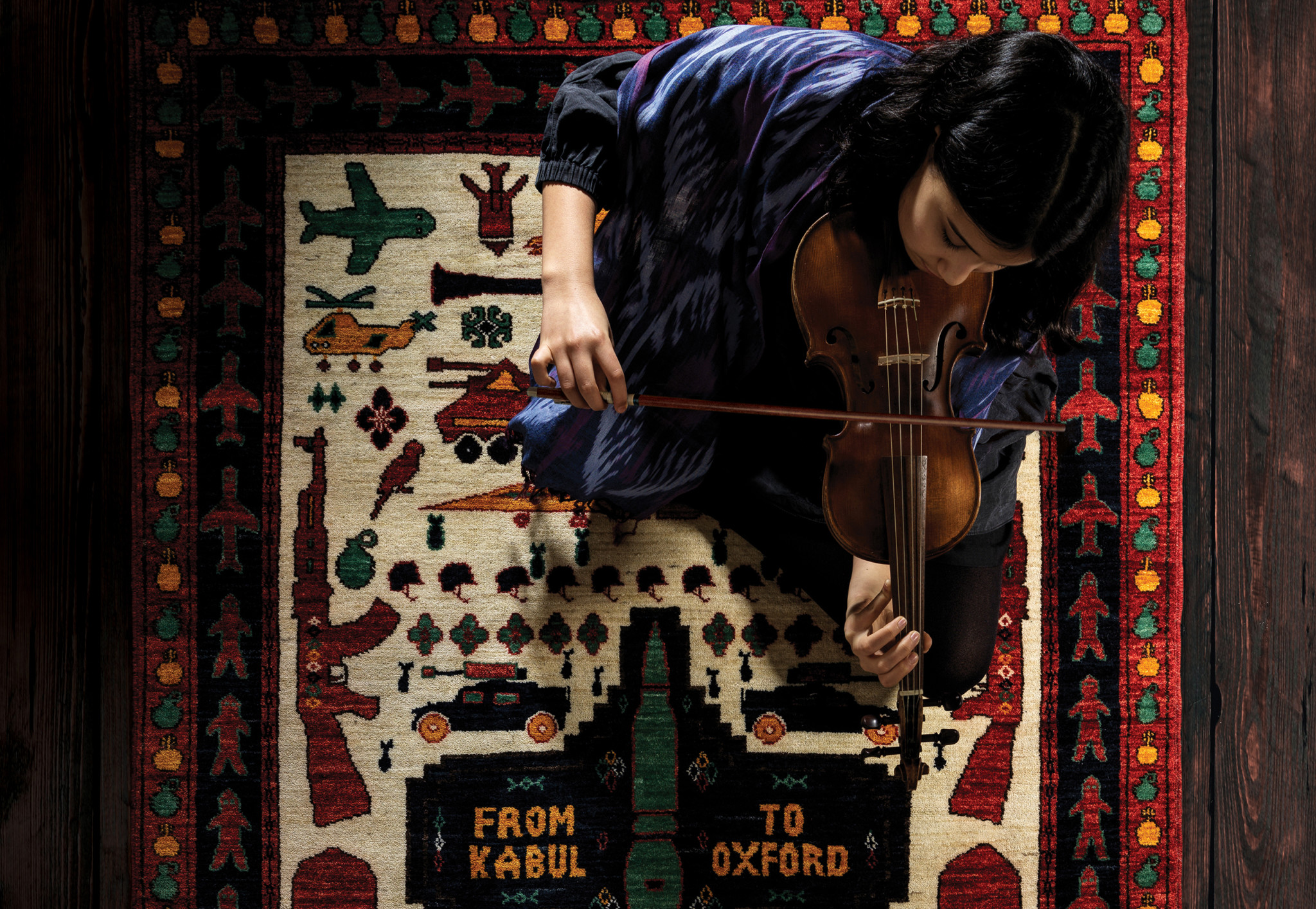 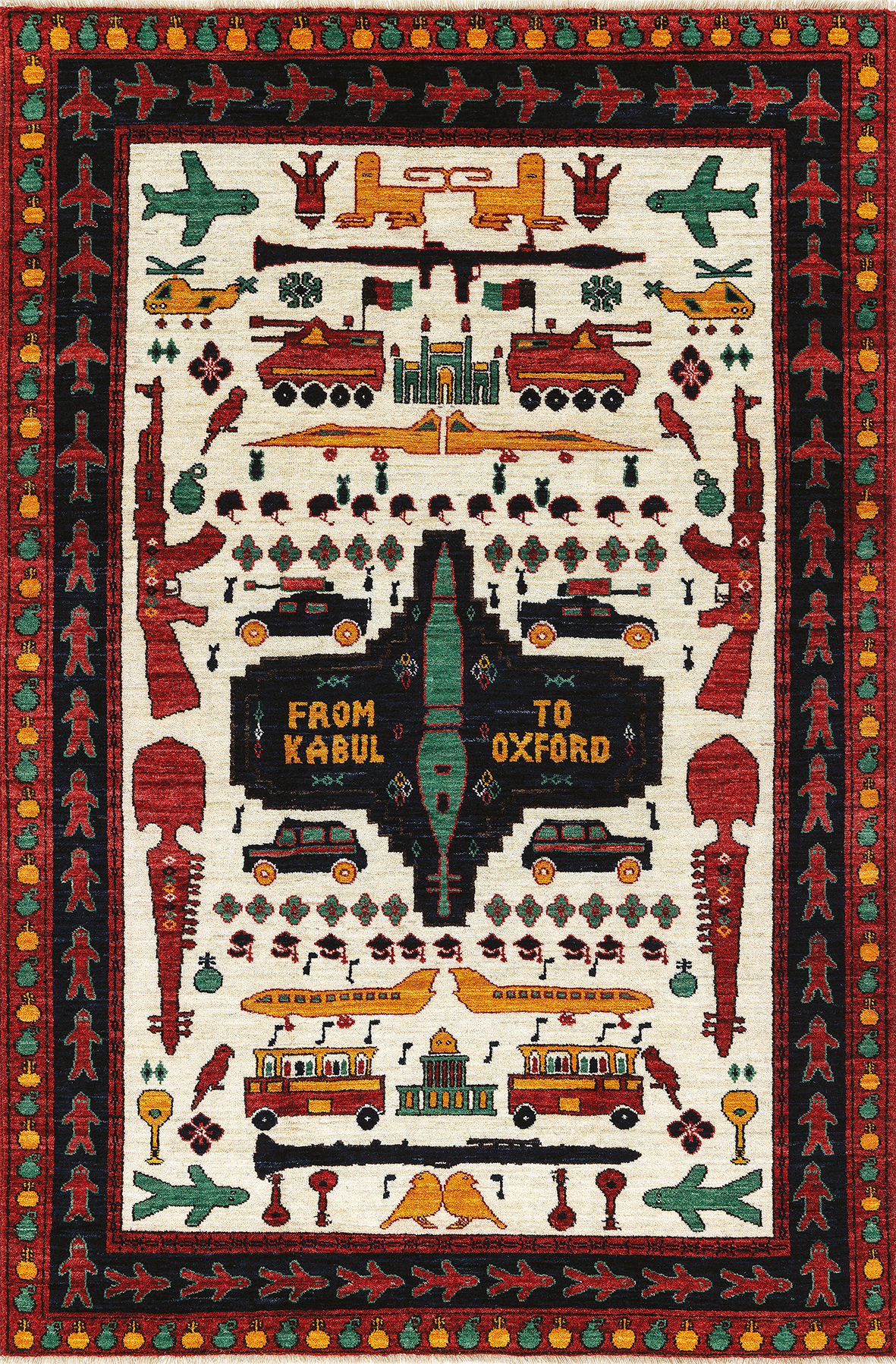 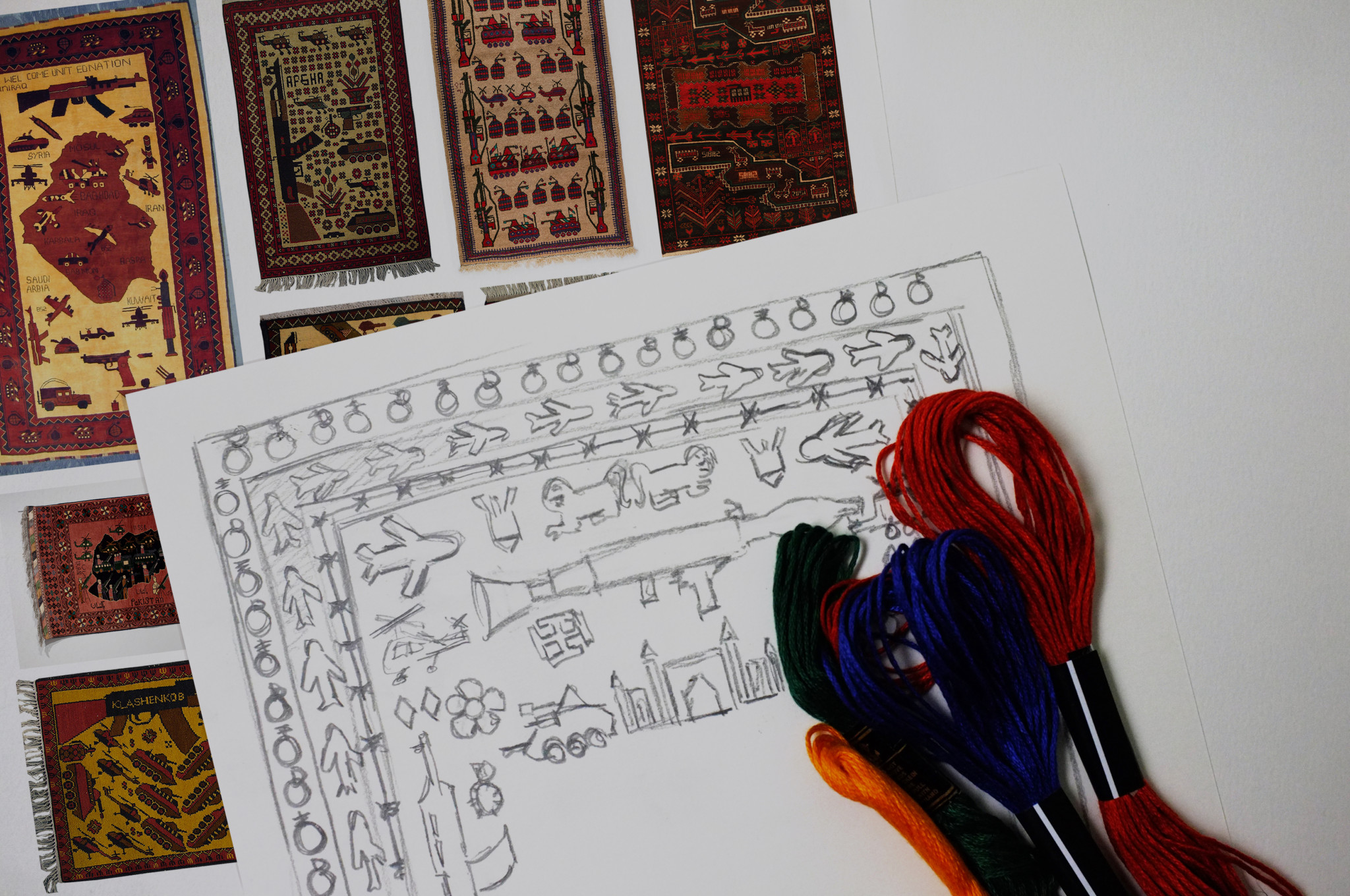 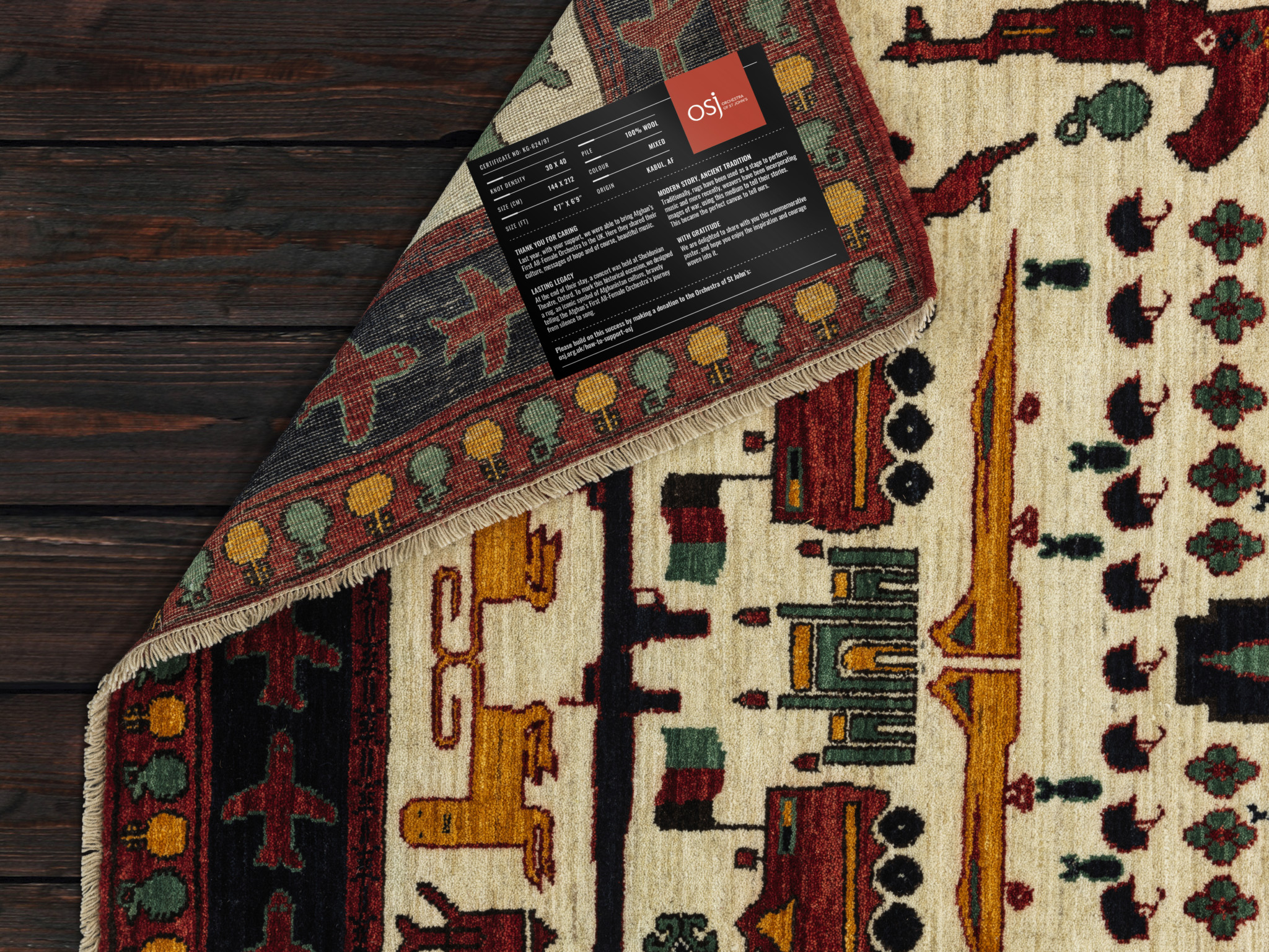 The Orchestra St John (OSJ) is a charity who passionately believes that music has the power to transform lives. They raised funds to bring Afghanistan’s First All-Female Orchestra to Oxford to support their music education. At the end of their stay, they performed a concert to honour the occasion. As a thank you to all their supporters, the OSJ asked us to create a commemorative poster which could be mailed out.

A handwoven wool rug is an iconic symbol of Afghan culture, often used as a stage. They say, “when you look at an Afghan rug, you can see its soul”. Traditionally weavers used to conceal themselves and messages within their design, and during war times, ‘war rugs’ were produced and are still considered today the world’s richest traditions of war art.

We designed a traditional handwoven rug, incorporating the apparatus of war depicting the Orchestra’s incredible journey from hardship to musical harmony. We commissioned its production with a women’s charity from Kabul and then photographed it to create a poster, with the copy in the ‘care label’. The posters were sent in a rubble sack, which traditionally Afghan rugs get dispatched in. 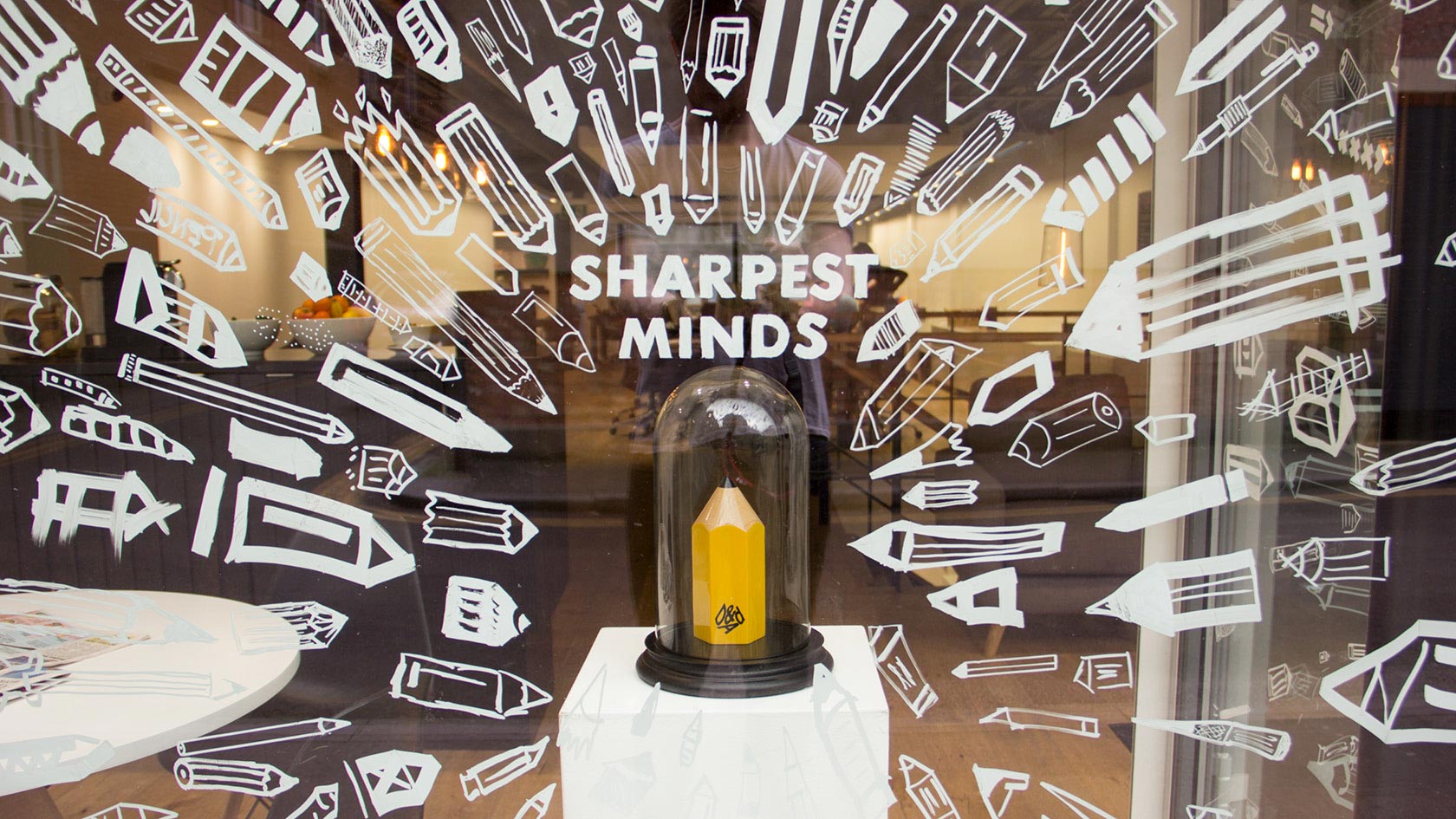 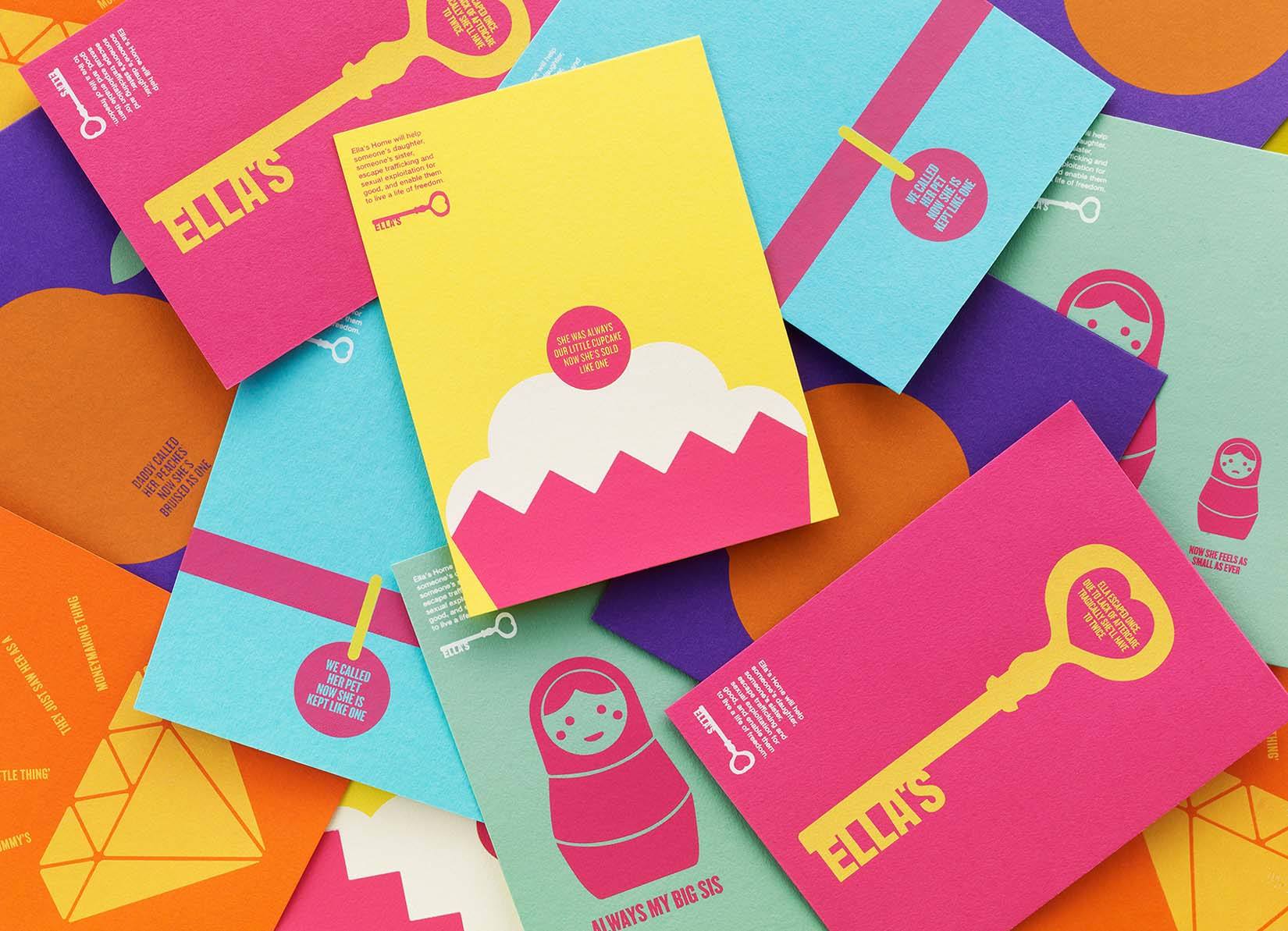 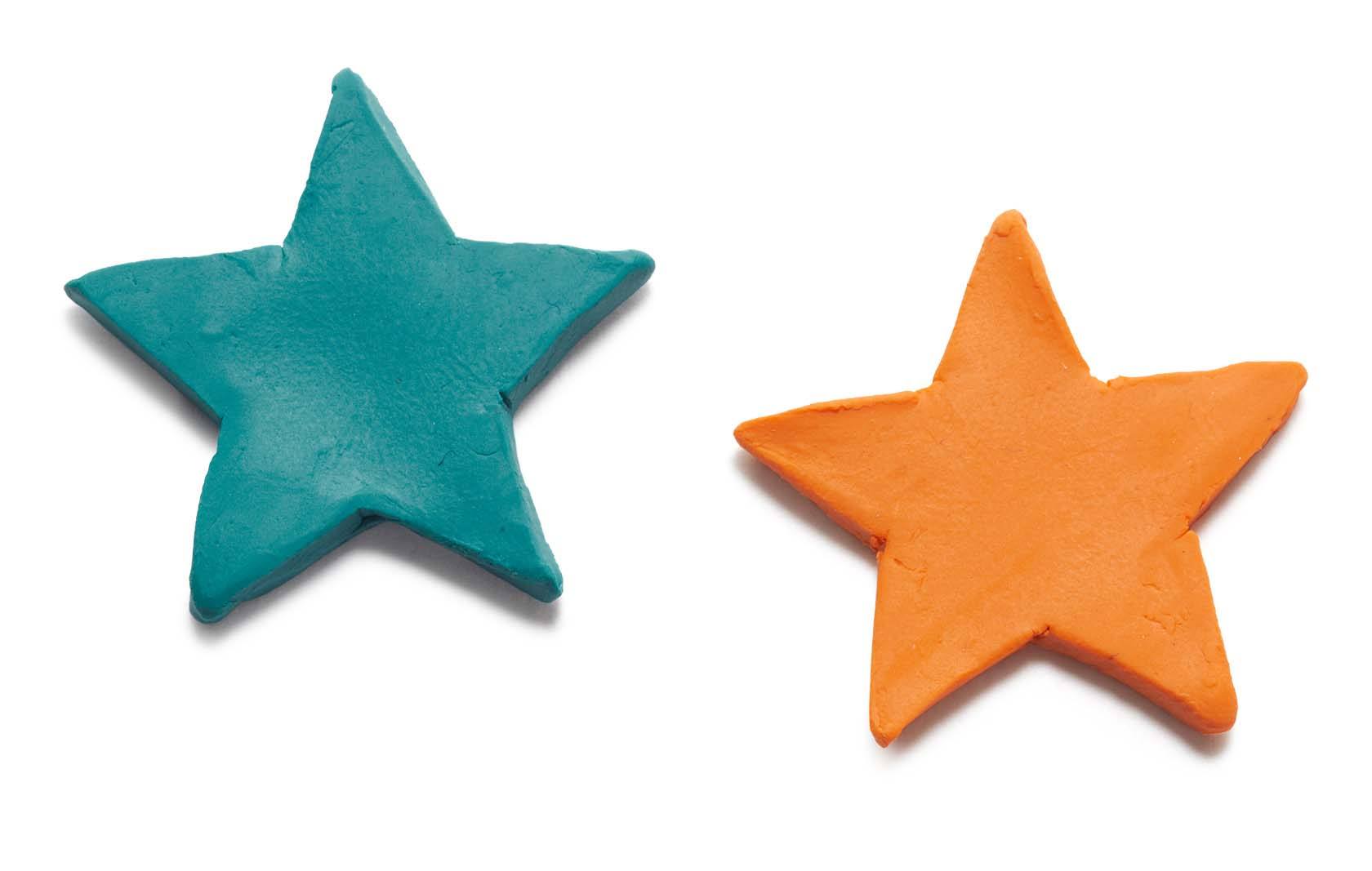 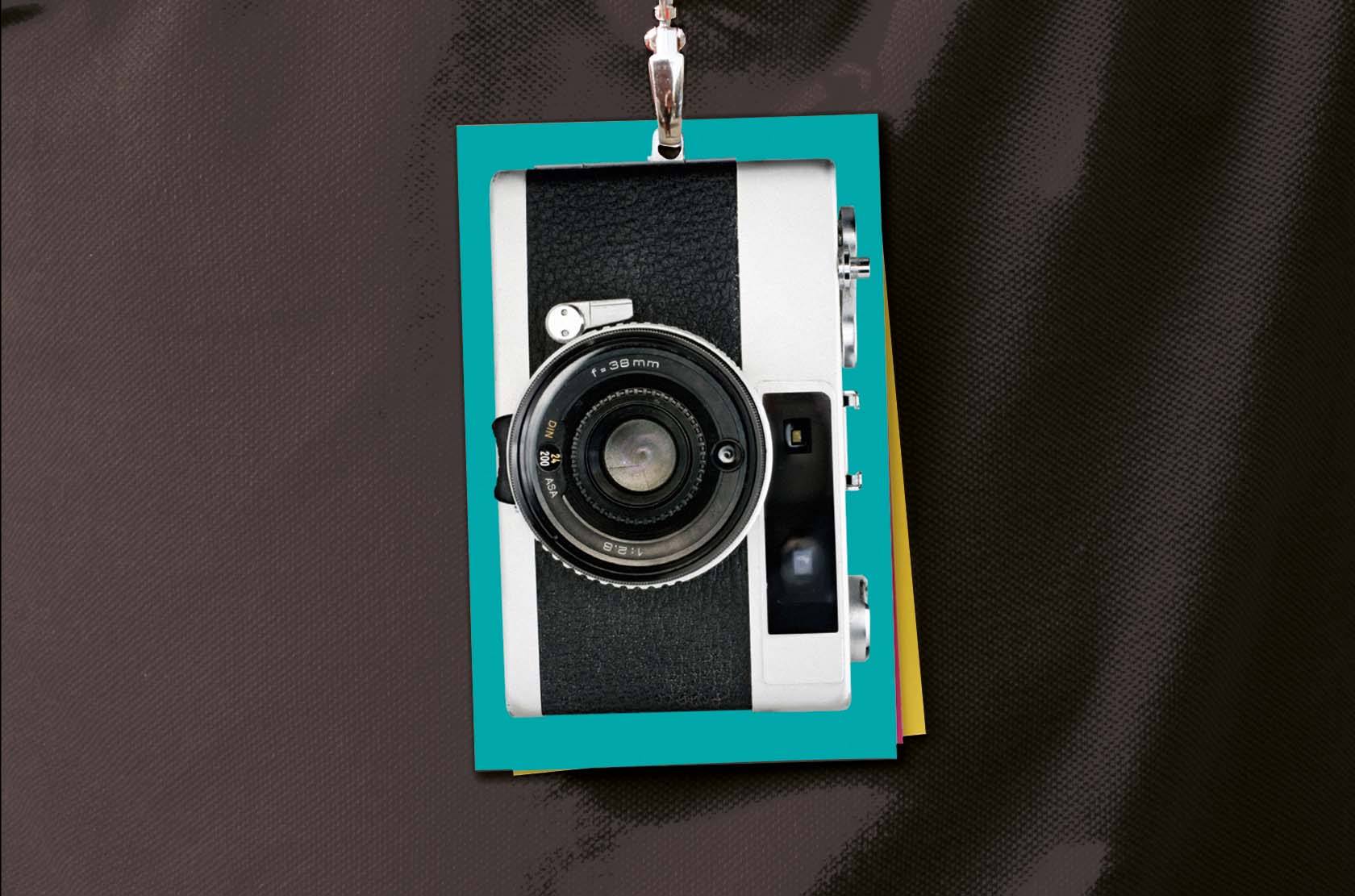 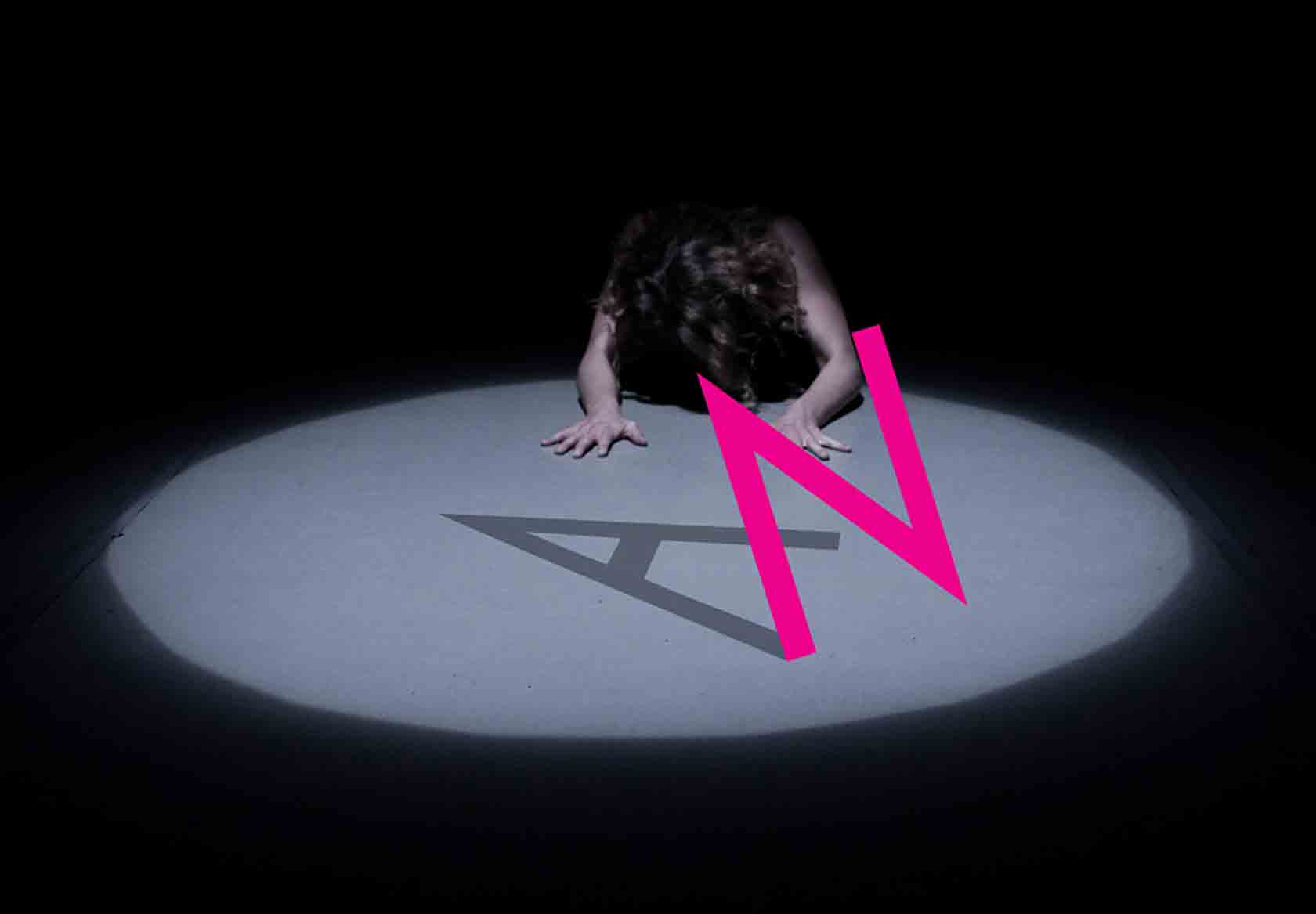 Art’s Nation for The Art’s Council